I’ve been approached by three different authors, so I think this is a sign I should respond. Thank you to Cara Benson for being the tag that brought me out of my cave! 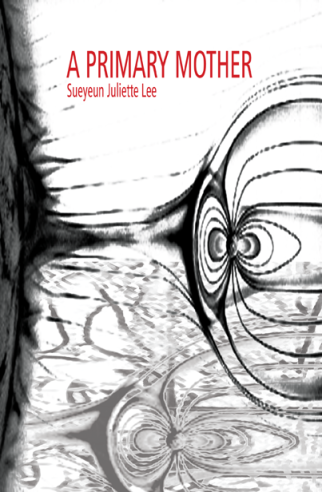 The Next Big Thing questions:
What is the working title of the book?

It’s called Solar Maximum, a collection through which I am thinking through a speculative poetics.

The latest part of it, a chapbook titled A Primary Mother, is forthcoming any day now with Karen Randall of Propolis Press as part of the third installment of her Least Weasel Series. I’m very happy to be in such illustrious poetry company. It features shorter prose poems that are directly inspired by my love of Stanislaw Lem’s Solaris, and a longer poem in series dedicated to light.

Where did the idea come from for the book?

Stanislaw Lem’s Solaris, conversations with my ex-husband about sunlight and knowledge, and low-level global hysteria about “the future,” to name the most cogent centers.

Lem’s Solaris is a truly perfect book. In it, a team of scientific researchers descend upon a living planet, seeking to study it from a rationalist/technical perspective. The planet is sentient, but in ways that are completely outside of the researchers’ human capacity for understanding. The team experiences inexplicable spiritual visitations / hallucinations and a form of incredibly debilitating sadness that washes over them. Several of them die.

I’m so amazed at how Lem was able to characterize the impossibility for us to truly “communicate” with the Other. I was also floored by how he triangulates this inability through the framework of scientific endeavor, which dominates contemporary notions of valuable “knowledge” or “understanding.” He captures the true heartbreak of humanity — our desire for contact and the ways that our structures of consciousness prevent it — so perfectly in this novel.

Solar Maximum as a broader project tries to also map out similar impulses — how “knowledge” outlines imagined limits (for good and ill) of human experience, and how we try to make sense of catastrophe or devastation. The seeds for this project lay in an early chapbook of mine that Brenda Iijima published at Portable Press at Yo-Yo Labs called Mental Commitment Robots. The premise of that collection is that contemporary life requires us to be something other than what we are; perhaps more animal, or more robot, or both. I really have to thank Brenda for putting that collection in the world and giving me faith that I wasn’t some weirdo, but that I was genuinely saying something, however odd it seemed to me at the time.

A big part of my graduate studies, personal interest, and previous creative work was invested in exploring how racial logic circulates. That has since expanded into a consideration of what frames “knowledge” for us, and how that impacts our ways of being.

What genre does your book fall under?

Poetry, loosely defined. Speculative. But there are strong narrative impulses that run throughout it … not like quantum or flash fiction, but something similar. I call it Speculative, for how it tries to inhabit a projected mode of consciousness.

One of the poems, forthcoming in the next issue of Aufgabe, explores daily life as a teenager at the end of time. Another piece was published as an e-chapbook with The Drunken Boat. This piece speculates on future virtual economies, environmental devastation, and the “threat” of China. The title poem of Solar Maximum imagines what human life might be like in those days before the earth is swallowed up by the sun.

Gee. Typing all this, my book sounds like a total downer. But it’s also purgative and beautiful. That’s my hope, at least.

What actors would you choose to play the part of your characters in a movie rendition?

What is the one sentence synopsis of your book?

How we long to know.

How long did it take you to write the first draft of the manuscript?

Who or what inspired you to write this book?

I think I covered that in an earlier question.

What else about your book might pique the reader’s interest?

Will your book be self-published or represented by an agency?

I covered that earlier.

My tagged writers for next Wednesday are:

One Reply to “The Next Big Thing!”

Reviews of My Work